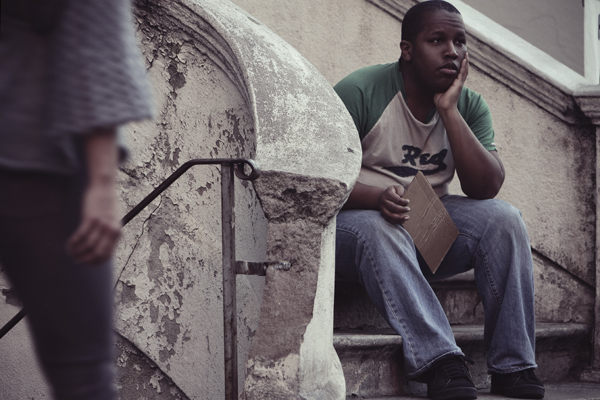 Somehow I knew this was going to happen.

About 2 months ago I left Facebook because I started to consider it one of the many ruts I’d fallen into in the last 31 years 6 months for a number of reasons, some of which were artistic, some of which were personal (as if there’s any difference!). I got it into my head that if I left the site, my internal paradigm would shift and I would suddenly become more prolific and creative than ever, generating musical after musical, song after song, blog post after blog post, and thus shift into the true adult phase of my life where I was making the bold artistic contributions I was born to make.

I had an epiphany recently that while I can now identify where I stand artistically, I have only become less clear about what kind of career is available to me. I love music and I love theater but the industry just depresses the fuck out of me. Given the kind of art I want to make, it often seems futile to try to storm the gates due to how well guarded they are by those who endlessly, endlessly champion and/or produce musicals that may stir all of two emotions in you, (happy or sad) and rarely attempt to capture a single brain cell.

And it’s so funny because you could go to fandango.com and find such diversity in movies you might want to see that your head would spin clear off its shoulders. You could walk through the Met and see everything from Native American clay pots to Salvador Dali surrealist paintings and beyond. Meanwhile, google “heartfelt” + “new musical” and see what you find. For shits and giggles, add the word “fun” and see what that turns up.

And just to be clear, I take no exception with a musical being “heartfelt” (though what a broad and all encompassing word!) but I do find it puzzling the extent to which it seems to be essential to advertise it as such as if to do otherwise is to suggest to audiences that the shows they will be seeing are going to rape and murder them in the middle of the night.

I don’t know why I find this so infuriating depressing. Especially since I know that it’s all motivated by money.

But by hook or by crook, I’m back at it. The down side is that I’m sure to alienate scads of people with my art making (which includes this space as well so visitors to this site be forewarned: I do not censor and I do not mince words).  The up side is that I will excite at least one person with the boundaries and envelopes I plan to push musically, lyrically, and artistically overall: myself.

Oh, and for good or for ill, one of the places I push envelopes the best is Facebook, to which I have gleefully and crackheadedly returned today. Find me if you dare.