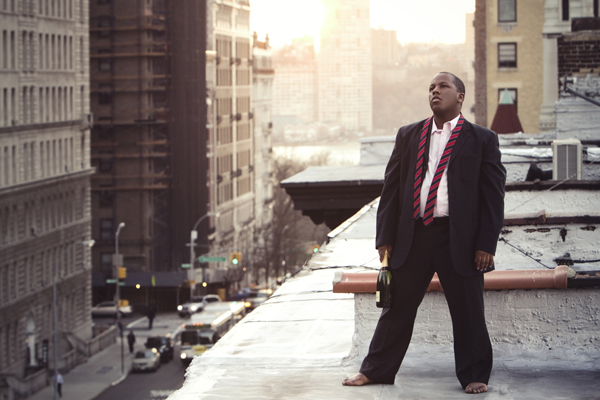 I’m black. I’m overweight. No, I was not named after him. I’m from Detroit, Michigan, otherwise known as the hair and nail capital of the world. I was born in a hospital that has long since been bulldozed to the ground. I was raised by two of the baddest mother fathers on the planet. We were what I like to describe as middle-middle class. I started reading Jackie Collins’ novels in the 4th grade. I once wrote in my journal at length about how I believed homosexuals would burn in hell and then some years later, got myself drunk enough to be rid of my virginity with a man whose name I no longer remember. My grandmother’s fried chicken is better than your grandmother’s fried chicken. “I absolutely loathe hydrangeas.” My favorite Michael Jackson song is “Man In The Mirror.” I was mildly thrilled when he died. I will punch you in face if you say anything negative about Tori Amos. I still like Liz Phair. I adore Joni Mitchell. I often feel blacklisted by the musical theater industry with which I have cast my sorry lot. I talk too much. I read too little. I have too many half-formed opinions. I’m a big believer in strong and wrong and yet I could not feel more uncomfortable in my skin. Sometimes, very rarely, but sometimes, and only if the wind is blowing in the right direction, I feel like an unparalleled genius.  I write because as a child I was relentlessly mocked for my Sylvester The Cat lisp and so for good or for ill, these words, songs, trashtalks, musings, and overshares are my proxy. They represent as much clarity as I can muster even though within the cloud of my being there is still a deep searching, longing, wanderlust, regular lust, rage, obsession, and skepticism spinning like a cartoon Tasmanian devil. In the end, I am my own worst enemy and my own best friend. “This is a people-shooting hat,” I said. I shoot people in this hat.” You know how Tyra Banks is afraid of dolphins? Well, I’m similarly afraid of rabbits.” What else would you like to know?